If you like to relax in unspoiled nature and enjoy fishing, we can suggest you try the most beautiful Slovenian rivers and lakes: these are fast alpine rivers, clear lakes and tranquil Karst waters. Fish stocks are good, and the salmonides of the Adriatic river basins are a special attraction.


The UNEC is one of the most beautiful Karst rivers in Europe, inhabited by grayling and trout which reach trophy size because of the special natural food. The SAVA BOHINJKA, an alpine river which flows from Bohinj lake through a magnificent gorge between the mountains. It contains mainly grayling and trout, and in the deeper pools also a variety of salmon. The valley of the river RADOVNA (north of Bled) could be called the valley of tranquility. Trophy sized trout are not uncommon. 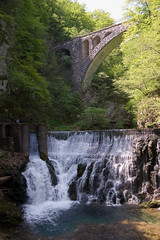 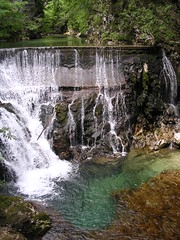 The SOČA is the pearl of Slovene rivers, one of the country’s national treasures. The special green colour is unique. It is also an exceptional fishing water since it is inhabited by two endemic species – Soča trout with a characteristic marble appearance and Soča grayling.