Slovenia tourism can offer you a remarkable contrasts experience: swimming in the Adriatic, skiing in the Alps, an adventurous discovery of Karst and Caves subterranean phenomena, a refreshing bath in a thermal springs, visits of medieval cities or winegrowing hills. Ljubljana, capital of Slovenia, shows its Baroque and Art Nouveau influence, and the work of native born architect Jože Plečnik. Other attractions include the Julian Alps with the picturesque Lake Bled in Bled and Soča Valley, as well as the nation’s highest peak, Mount Triglav. Perhaps even more famous is Slovenia’s karst named after the Karst plateau in southwestern Slovenia. More than 28 million visitors have visited Postojna Cave, while a 15-minute ride from it are Škocjan caves, a UNESCO World Heritage Site.

Further in the same direction is the coast of the Adriatic Sea, with a jewel of Venetian Gothic, Piran. The hills around the nation’s second-largest city, Maribor, are renowned for their wine-making. Even though Slovenes tend to consume most of the wine they produce, some brands like Lutomer have made their appearance abroad. Geology has made the northeastern part of the country rich with spas, with Rogaška Slatina being perhaps its most prominent site. 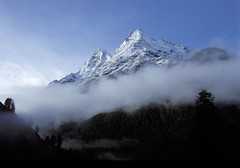 The Adriatic is a great place for swimming and windsurfing and there are also three marinas on the coast. Divers can make for the sea and the lakes, and the Soča, Krka and Kolpa rivers attract many canoeists and rafters. There are several equestrian clubs around Slovenia.

There are approximately 300 castles and manor houses in Slovenia, many containing museums and galleries. Particularly picturesque are Otočec Castle in the middle of the Krka river and Mokrice Castle.

Slovenia has 12 casinos, which makes Slovenia one of the most gaming attractive in Europe. As well as traditional European gaming, they also offer American-style gaming combined with high quality hotel, shopping, recreation and entertainment services.

Wellness Centre by the Sea – Slovenia