Slovenia is a country that surprises visitors with its unspoiled countryside and many-sided landscape in a tiny geographic area. The uniqueness of this country lies in the rich tourist offer of its regions, which may, at first sight, appear hidden from the eye.

In plus to the unspoilt countryside, the rich cultural life, the varied tourist offer, the splendid gastronomy and excellent wines, tourists are over and over surprised by the hospitality and friendliness with which people in Slovenia welcome their guests.

During my travel in November I had a chance to explore Slovenia a little bit, with our brief breaks in Ljubljana and our overnight stay in Piran on the Adriatic coast. Slovenia is a tiny picturesque country with a population of less than 2 million people.

The key cities of Slovenia are Ljubljana, the capital, and Maribor, which is located among wine growing hills southerly to the Austrian border. Ljubljana is an architectural gem, a city of Renaissance, Baroque, and especially Art Nouveau frontals that boast the greatest exhibition of the architecture of the maestro Jože Plecnik. 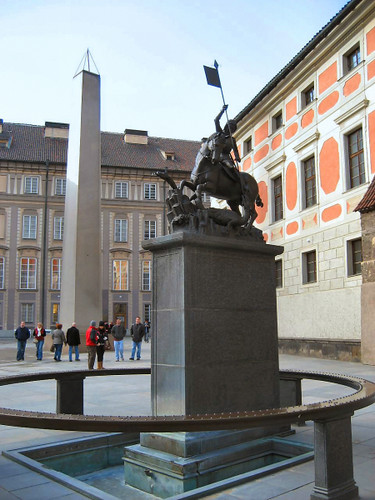 Slovenia was settled by Slavic tribes around the 6th century, taken under Germanic dominion in 748 and became part of the Austro-Hungarian Empire in the early 14th century until 1918. In Fact, a great deal of the architecture in the cities is made in the Austrian expressive style.

From wheresoever you come, Slovenia is only an arm’s length away. It is only 230 km to the Slovene bound from Vienna, 240 km from Budapest, and 460 km from Milan. Even from Prague, you can get to Slovenia by auto in eight hours. One of the youngest European nations, it is well linked to the world by road, by rails, by air and by sea.